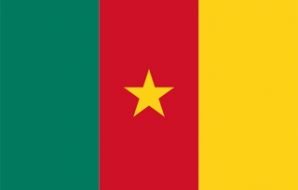 Francis “The Predator” Ngannou, born on September 5, 1986 is a French-Cameroonian mixed martial artist who fights in the UFC in the heavyweight division. He currently holds the record for the world’s hardest punch.

Ngannou was born in Batié, Cameroon and grew up in poverty. He wasn’t educated growing up. He moved to Paris with a dream to become a boxer. He was homeless in Paris until he found an MMA gym in 2013 where he could train for free.

His interest in boxing came from watching Mike Tyson.

Francis Ngannou’s career before the UFC

Francis Ngannou made his pro MMA debut in France at 100% Fight in November 2013. He won his debut and had 4 fights in the organization going 3-1.

After two more victories he got a contract offer to fight in the UFC with a record of 5-1.

Francis Ngannou’s career in the UFC

Francis Ngannou made his UFC debut against fellow newcomer Luis Henrique in December of 2015.  Ngannou won the fight by KO in the 2nd round by a vicious uppercut.

Ngannou then faced off with another newcomer Curtis “Razor” Blaydes and won by TKO after Blaydes took so much punishment that his eye was completely closed.

His third fight in the UFC came against Bojan Mihajlovic and once again “The Predator” won by TKO in the first round. Anthony “Freight Train” Hamilton also lost early in the first round, but this time by a vicious kimura by Ngannou.

Ngannou’s toughest opponent to date was former UFC Heavyweight champion Andrei “The Pitbull” Arlovski. Not even a former champion could stand up to Ngannou’s power as Arlovski was TKO’d early in the first round.

Francis Ngannou faced Dutch kickboxer and K-1 Champion Alistair Overeem on UFC 218 in Detroit, Michigan on December 2nd. Ngannou defeated Overeem by an upper cut from hell less than 2 minutes into the first round.

Francis Ngannou’s next fight in the UFC